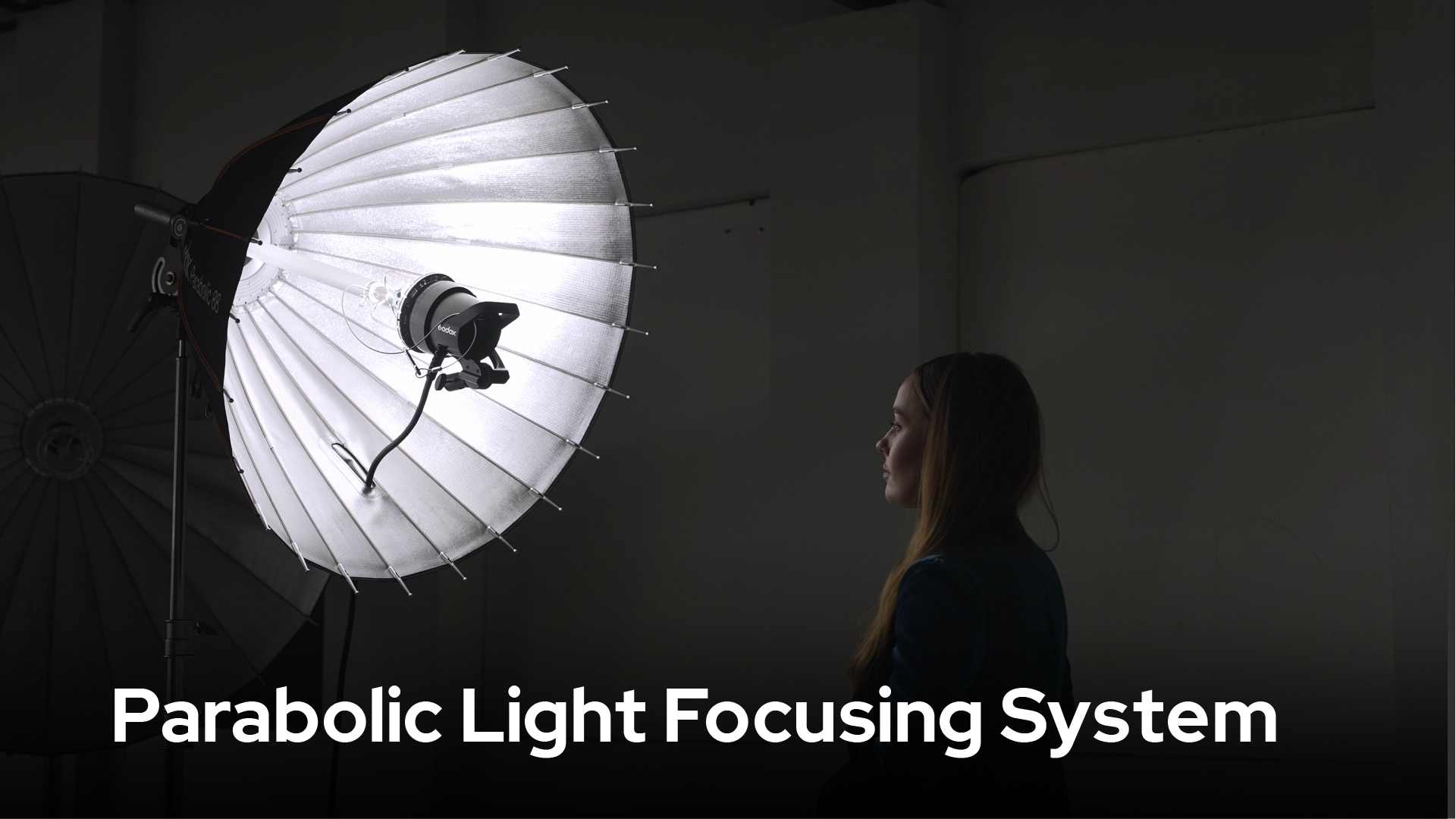 The Sydney photographer Aries Tao shares his experience with Godox Parabolic Light Focusing System. He observes the variability of light performance by focusing and spreading the light, and then interprets how that affects the light effects for portrait.

For demonstration purposes, he showcases the lighting test of para88 and para158 here.

80cm from the model’s forehead

The key feature of Parabolic Light Focusing System is zooming the bulb, it enables photographers to articulate the bulb position at the axis, to get the particular light quality they want.

Around the focus point, the parabola shape reflects the undirectional light into even parallel light beam. The light is restricted into a light ray. On the model’s face the light is directional with more contrast. 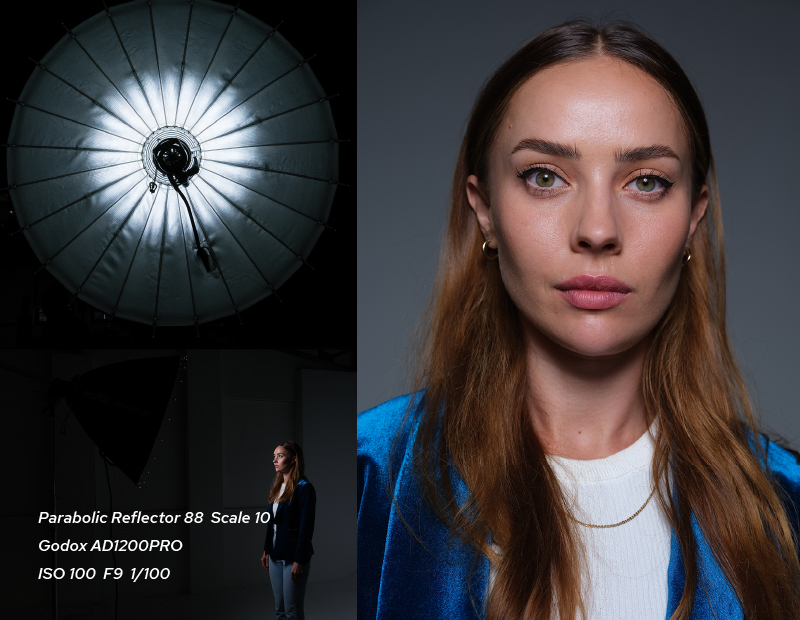 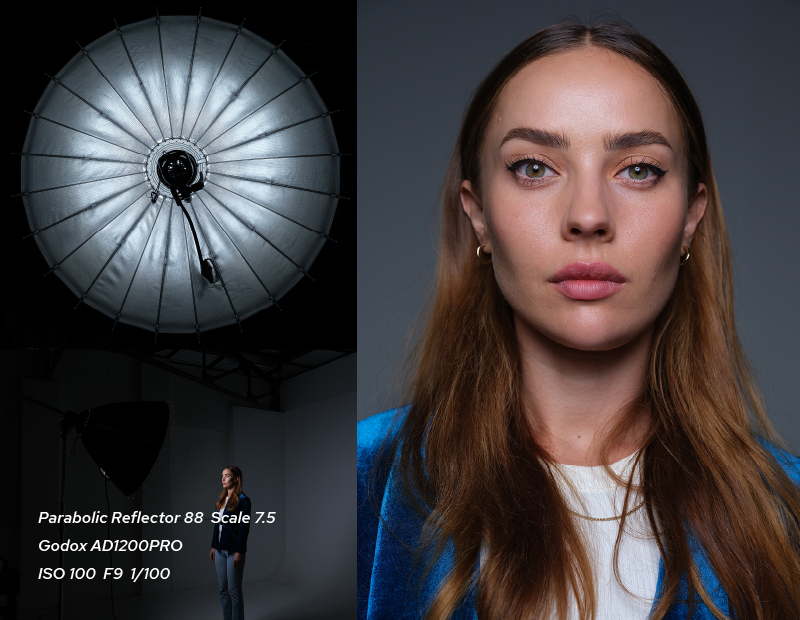 Because the Parabolic Reflector comes with 24 braces, from the model's angle, the reflector is very close to a circle shape. When change into flood position (zoom out), the lights are mostly reflected off the edge of the reflector, the center of the reflector reflects substantially less light. Which acts very much like a giant ring light. The 24 braces reflects the light wrap around the model, gives her a unique 3 dimensional look. 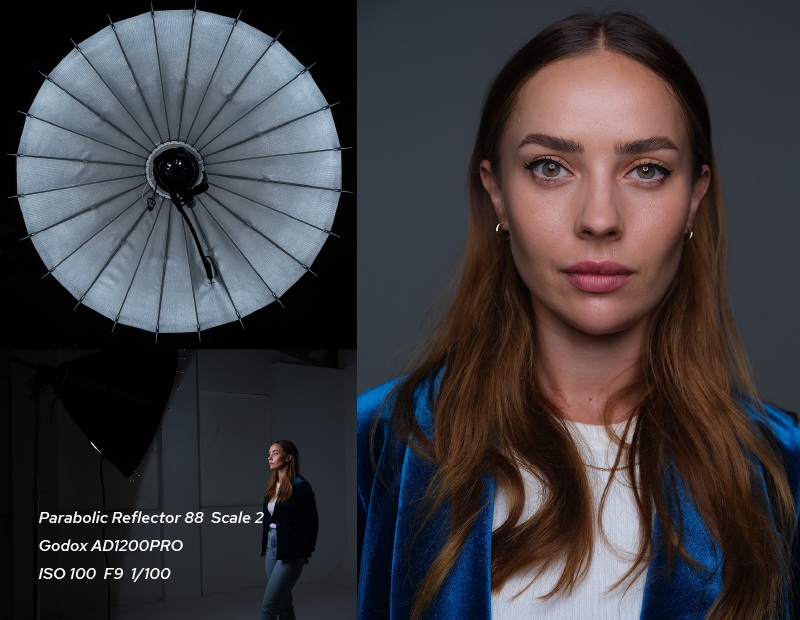 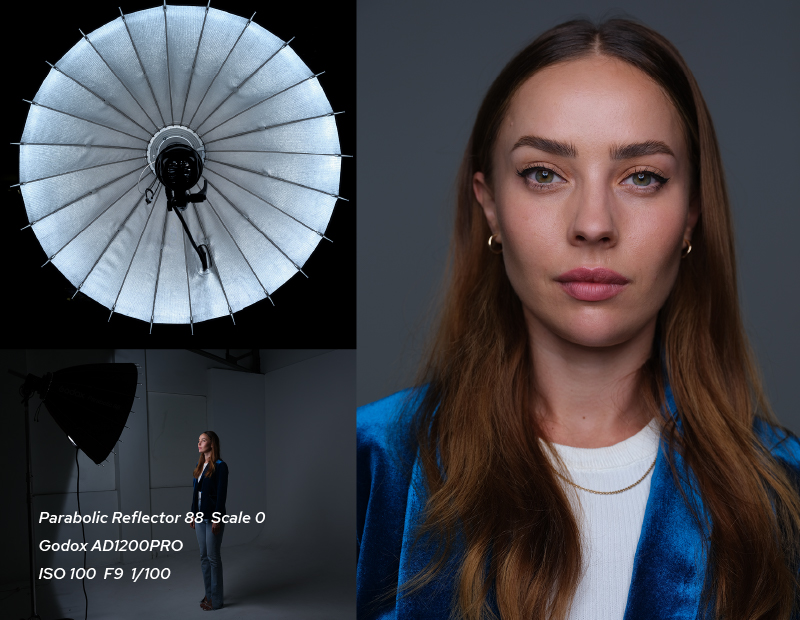 1.5m from the model’s forehead

Now let’s look at para158. Because it’s a larger light source, you can even stand in front of the light because you are only blocking 1-2 out of the 24 braces, the light on the model’s face is approximately the same. 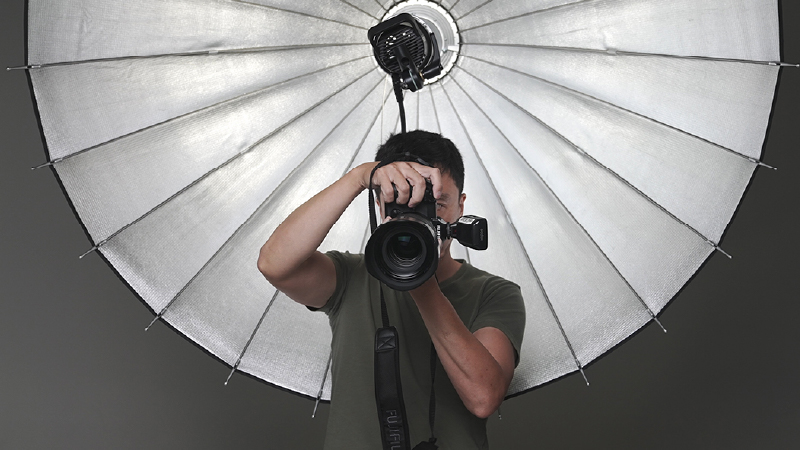 With the bulb at flood position, you can have the wrap-around look even with larger part of body. 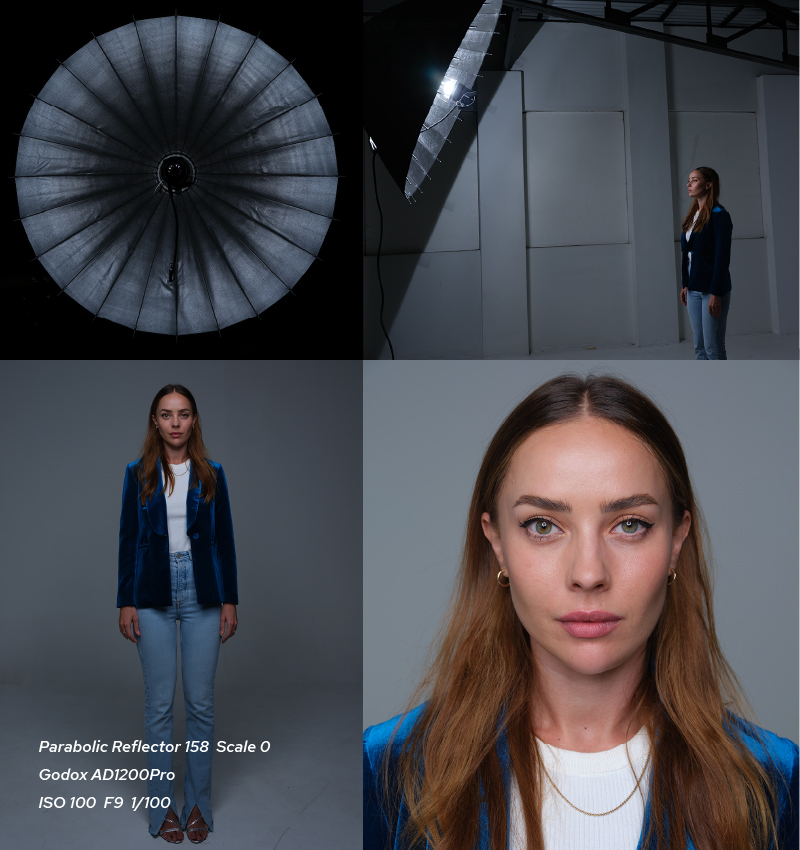 6.7m from the model’s forehead

When you need to place the light further away from the model, to do some movement shoot, you can also change the light back to focus position, so the light will change to focused light ray, evenly illuminating the model’s face and cloths. 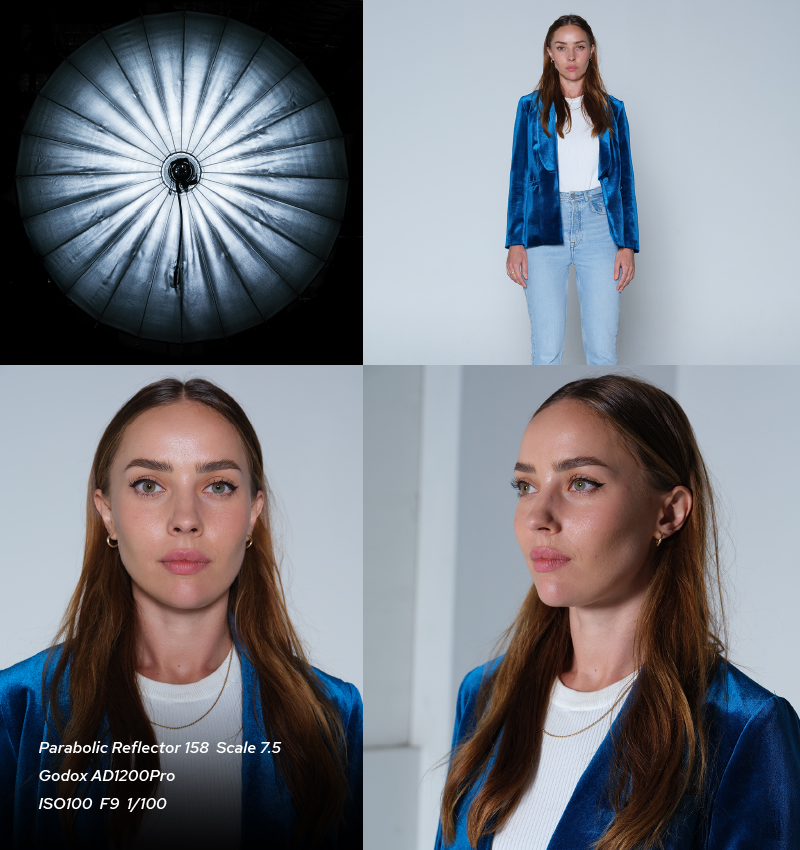 Should you want to further limit the light spread for a more dramatic look, grid is available for you. 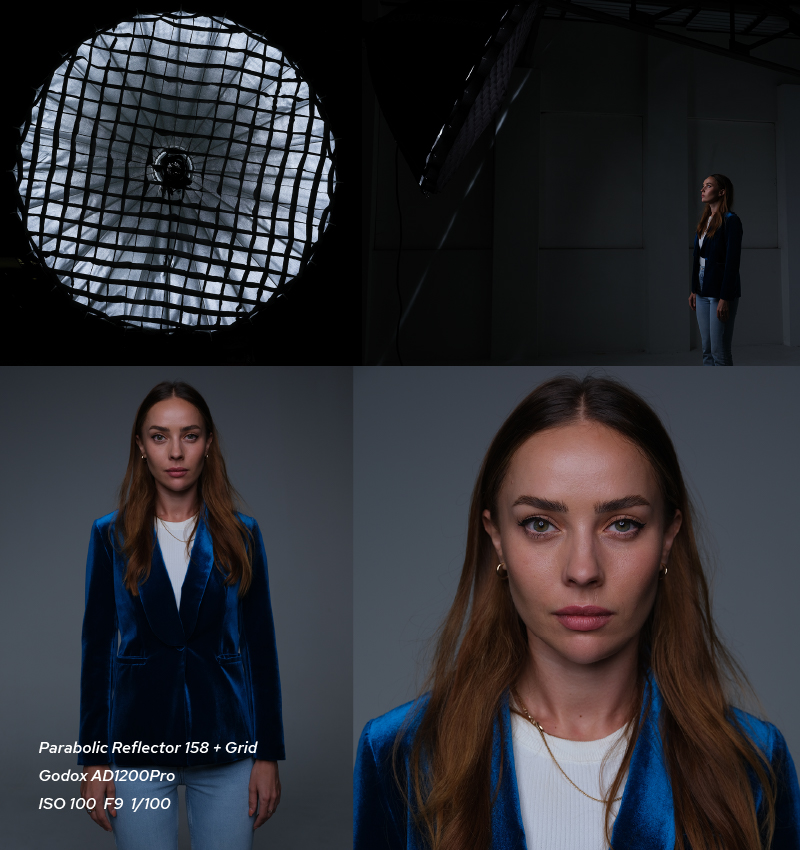 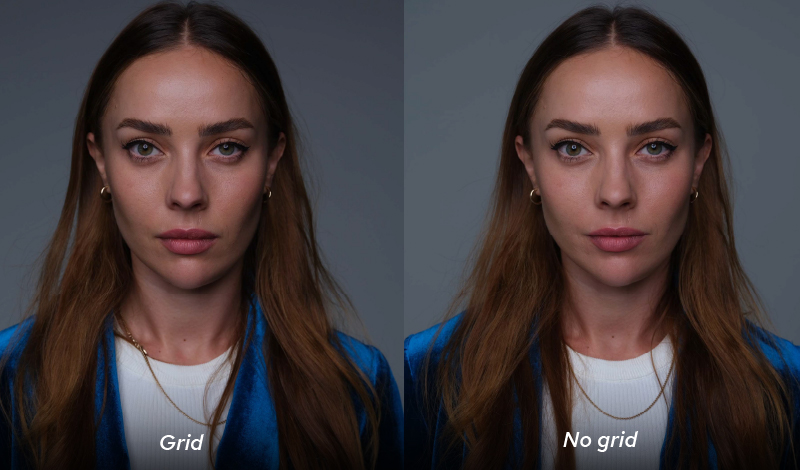 Should you want to further soften the light, Godox offers two diffusion layers for you. 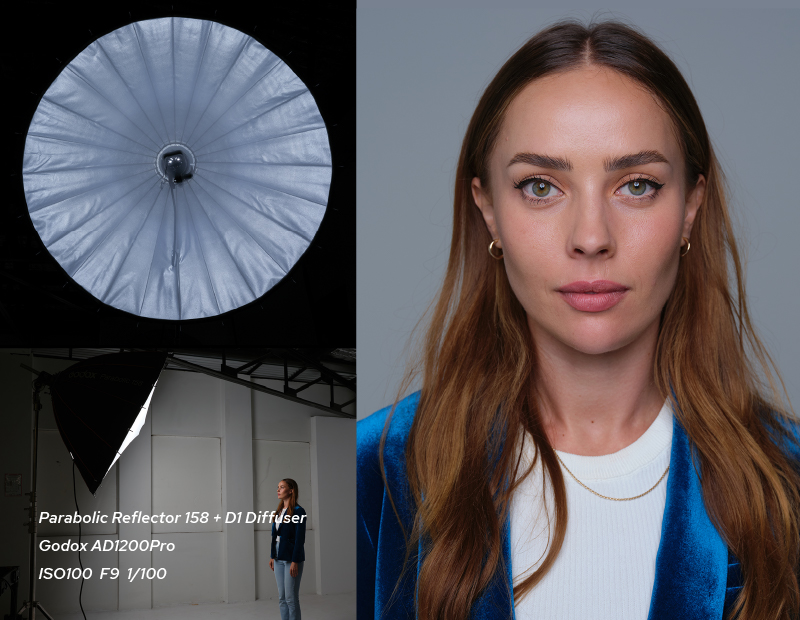 And there is a D2 available if you want to further absorb 0.5 stops of light. 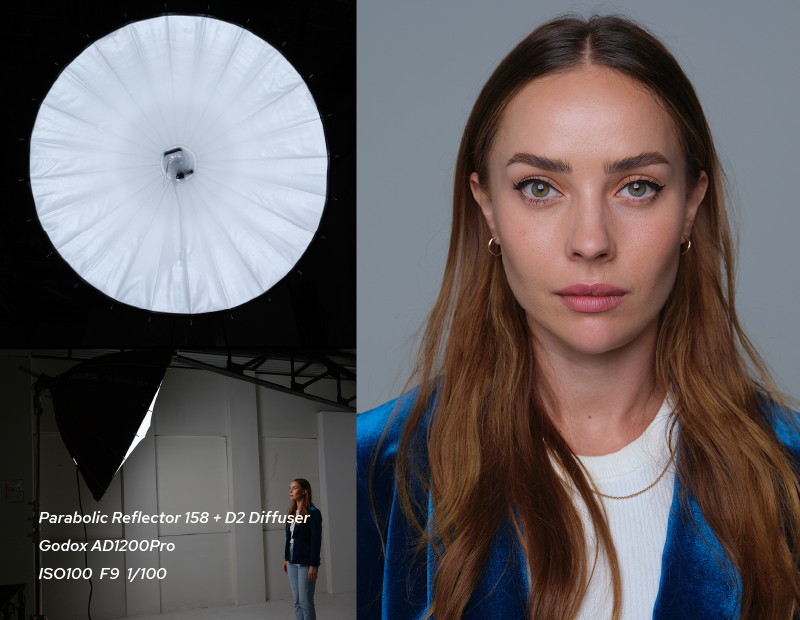 Place the parabolic reflector relevantly close to your subject, the center axis points right in between the model’s eyes to deliver a symmetric light. 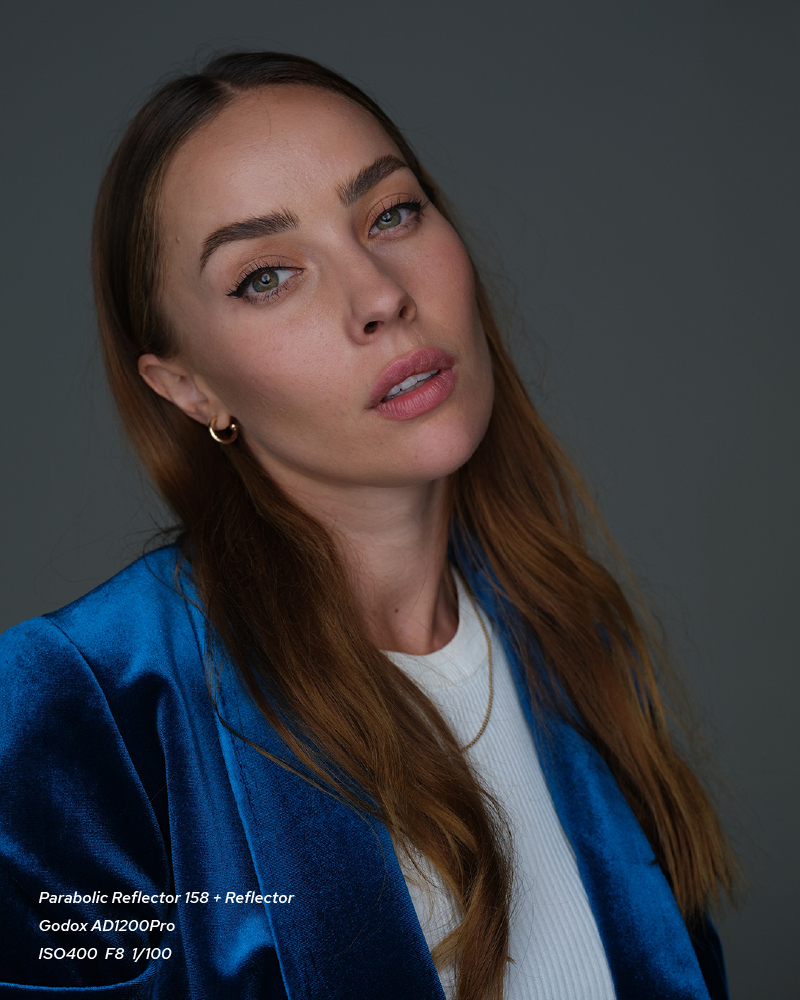 Because one can articulate the light contrast, the Godox parabolic light focusing system minimizes the time on post-production. This is very useful for commercial photographers, who shoot tons of images a day, or any photographer who prefers organic look with minimal retouch. 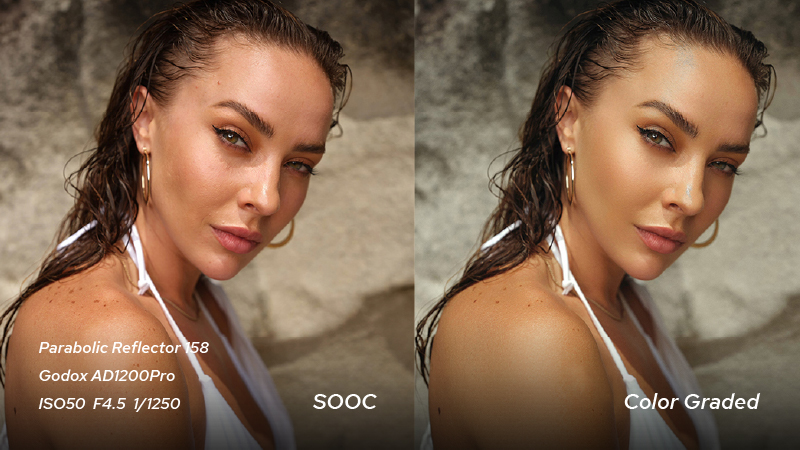 Zoom position can be used to illuminate a full body portrait from distance. Directional light would make the texture of the cloth more apparent. Place the light relevant further until the model is fully lite. Make sure the parallel light ray covers from face to toe evenly. 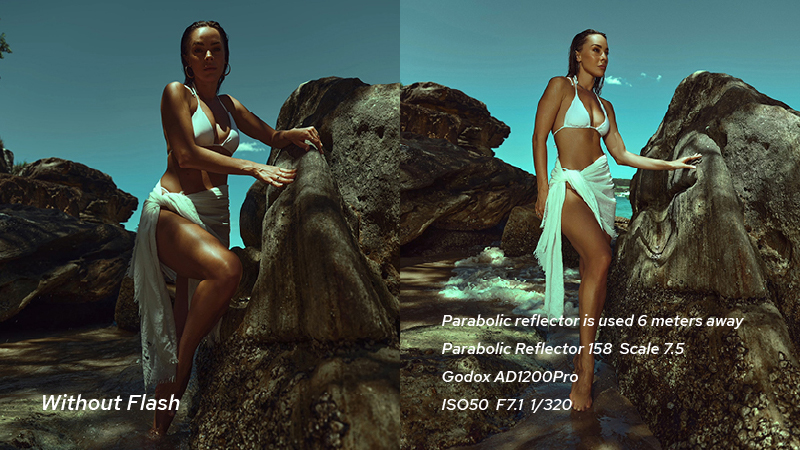 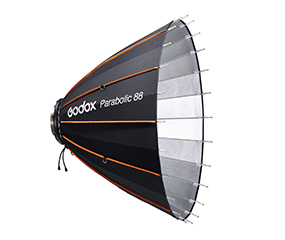